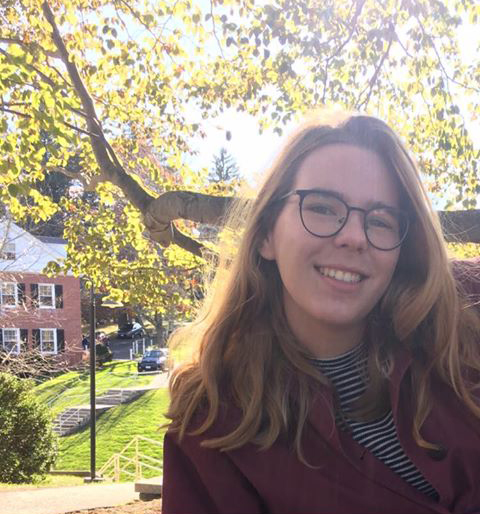 I dreaded Mondays. Mondays were frog days. In first grade, students had frogs with their names on them and every time they learned five new sight words, their frogs would be allowed to hop to the next lily pad that contained five new words. My frog was always last. My teacher and mother would work with me everyday, but my frog stayed put. This was my introduction to dyslexia. Dyslexia makes it very difficult to juggle and blend small sounds. This made school hard and reading almost impossible. It was also my introduction to how the world sees the last frog.

At home I loved to read and create stories with the help of books on tape and my mother who read to me and scribed my own stories. I thought of myself as a writer, a lover of stories and descriptive language, but that’s not how the rest of the world saw me. At school I was the  “slow kid” who was skipped over when it came time to read aloud. Everyone knew I couldn’t read. My teachers looked at me with scared and worried faces. I knew that people thought I was stupid. Was I?

When you don’t fit into a box, it can be difficult for people to understand who you are. I was often only seen as the last frog. Sometimes it was even difficult for me to understand my place in the world. I knew that I wasn’t stupid, but I struggled to spell even my first name. Ironically, my respite from school was to escape into the world of books. I was able to access books with the aid of a computer that highlighted each word and converted text to speech. Whenever I came across a line in a book that was particularly poignant or deliciously descriptive, I would copy the words into a journal. I thought to myself every time I wrote down a new line that when I learned how to read, this would be the first thing I read. The little girl who couldn’t read treasured stories of hobbits, wizards, and magical creatures.

The summer after 5th grade, I attended the summer session of a boarding school in Connecticut where I met a teacher who wasn’t terrified by the fact that I was still working on letter sounds. Ms. Hart used the Orton-Gillingham method and slowly began to teach me how to read. We worked hard every day for four weeks that summer and I saw improvement. I had a lifeline and I wasn’t about to let it go. I had met at least one adult, besides my mother, who saw me as me. That feeling of finding a way forward sustained me as I returned to public school and back into the box that people put me in.

In 7th grade, I left home in September and returned to boarding school in Connecticut. My friends couldn’t understand why I wanted to go to a new school so far away from home, but for me it was an easy choice. If I stayed, I would become what people thought of me . . .  illiterate, stupid, incapable. Going to boarding school and resuming my work with Ms. Hart, was choosing who I knew I was. When I first attended boarding school I was in the 1st percentile in reading, but over the next two years, my reading score rose to the 87th percentile and then to the 99th percentile.

To understand the world, people use boxes. Their square corners and neat rows are appealing and comforting. Boxes can be deceptively permanent. I know that the box is simply a construct. I had to learn this at a young age to be able to makes sense of myself and free myself from the box that was never really there.

Mae graduated from The Forman School in 2018 and is attending Sarah Lawrence College in Bronxville, NY, where she is studying filmmaking. Mae was kind enough to share her college essay with us as a reflection on the impact Rectory had on her life.