For fun, we ask the children to surround themselves with both picture books and chapter books during the summer months. The intent is for our children to always have a book nearby that they are engaged with and interested in. We have recommended some reading lists and resources that are developmentally appropriate for elementary children. We hope that you spend some time browsing through the links below with your child and find books that are suited to your child's interests and reading levels!

All students are required to read two books this summer.

All students are required to read two books this summer.

We Were Liars by E. Lockhart “Spending the summers on her family's private island off the coast of Massachusetts with her cousins and a special boy named Gat, teenaged Cadence struggles to remember what happened during her fifteenth summer.” (Mrs. Leveille)

Middle School students may submit a creative book review or choose one of the forms listed below. Examples of creative reviews include, but are not limited to, posters, PowerPoint presentations, iMovies, Prezi, Animoto video, and dioramas. 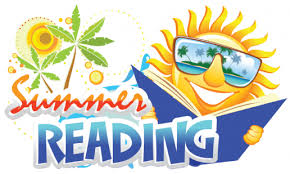